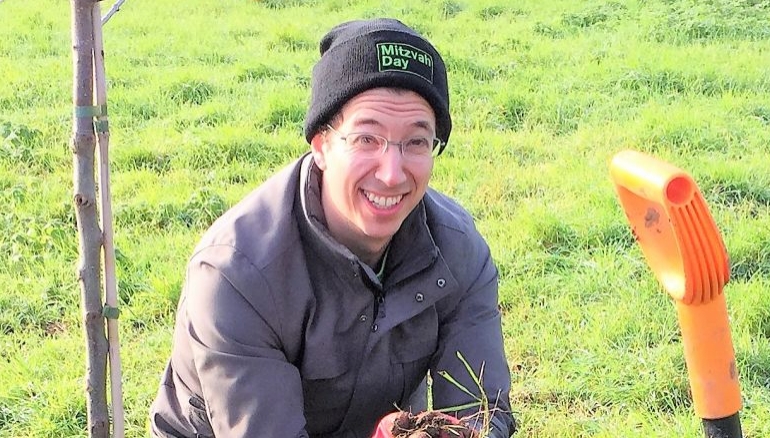 In 1940, the Jewish newspaper of the Warsaw and Krakow ghettos published an anonymous op-ed from an author who signed only, ‘Your Mother.’ In the piece, the author tried to rationalise, why, in the face of obvious hatred and persecution, Jews nonetheless possessed a holy and sacred mission. She writes: “This is your mission, your purpose on earth: you must go to work alongside people of other nations […] You may ask, ‘How does one speak to them?’ This is how: ‘Thou shalt not murder; thou shalt not steal; thou shalt not covet; love thy neighbor as thyself…’ Do these things, and through their merit, my child, you will be victorious.”

In light of the past month’s events- what may in good time come to be known as the ‘Pittsburgh Pogrom,’ we may just as well feel the same question hanging over us despite the 78 year gulf between us and the anonymous author of that missive. Why bother with being ‘a light unto the nations’? Why persist in the pursuit of common good? In particular, as our communities approach one of the calendar highlights of the British-Jewish year, Mitzvah Day, we may find ourselves questioning the very premise of the project we’re meant to undertake.

So, what is our mission? What are we commanded, obligated, or suggested to do? One theological stream of thought in Judaism offers an apt answer for our age of uncertainty- namely, that we are literal partners of God, and that our task is nothing less than the continuation and completion of the Creation. If that sounds like a big ask, it is, but it is only when we manifest our mission among humanity that we can claim the mantle of being ‘a light unto the nations.’

This idea is most explicit in the Zohar, which, as usual, is willing to creatively re-read texts of the Tanakh. Jeremiah 30:3 contains the phrase, ‘And you shall say to Zion: You are my people.’ My people (ammi) has its vowels rearranged by the Zohar, suggesting instead that we should read it as immi, ‘with Me.’ A primary commentator on the Zohar, R’ Yehudah Ashlag (known as the Sulam) makes this radical statement even more explicit: “The Zohar teaches that we should read it as immi (with me), that is, you are with me as partners. For the righteous are the literal partners of God. God has begun the Creation, but the righteous complete it.”

The literal partners of God. That’s no metaphorical panegyric to the power of the human spirit- it is a statement about what it means to be human, to be Jewish, and to be charged with the mission of performing mitzvot. This sort of thinking assumes that God has ceded quite a bit of responsibility to humanity. That is, it is not up to God to stop wicked people and to do good things. Quite the contrary, it’s up to us.

Hakham Solomon David Sassoon, whose contributions to Jewish-British culture in the twentieth century are incredibly underrated, gave this sentiment a beautiful form when imagining how God responded to Job. He writes that God would say: “I’m not your servant to go about cleansing the world of evil people so that you can relax – that’s not my job. I placed people like you in the world so that they would fight for justice and law. If you feel strongly about law, goodness and justice – then you need to go make it happen, and not sit around clasping your hands and crying out: Why don’t I [God] do something!”

God’s anger here is perhaps justified. According to this mystical understanding of our mission as humans, to neglect our responsibility to confront evil- to instead complain to God that wickedness prevails- is to totally miss the point. We have the power to change our communities, our countries and our societies. We have the power to increase goodness and kindness in the world. We have the power to, in partnership with God, continue the incomplete Creation, conquering the remaining chaos and defeating the darkness which threatens the world.

In the simplest sense, this understanding of our role on Earth can be reduced to Spiderman’s aphorism: ‘With great power, comes great responsibility.’ We must embrace our power and our responsibility. When we look at the mission which with we have been entrusted, the mitzvot which we perform in the community around us, we must be able to see that it is our hands, our minds, and our smiles which can change the world for the better. On Mitzvah Day, and on every day, let us not forget the sacred mission with which we have been charged- to serve, to repair, and to be a fitting partner to the Divine all around us.

Adam Zagoria-Moffet is the rabbi of St. Albans Masorti Synagogue. He was ordained from the Jewish Theological Seminary where he also received an MA in Jewish Thought. He grew up in Phoenix, Arizona, and has lived in Minnesota, New York, and Israel before moving to the UK. His interests are primarily in mysticism, ethics, and Sephardic Judaism and culture. He lives in St. Albans with his family.