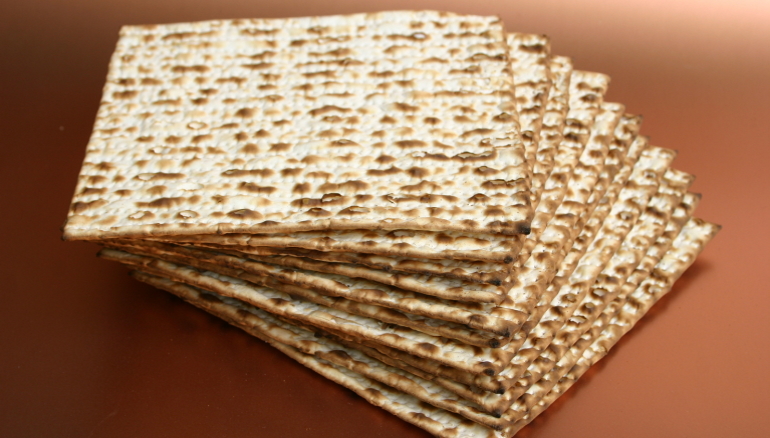 In view of the UK ‘lock down’ brought on by the rapid spread of COVID-19, families must remain isolated during the Passover festival. Here is a reflection on the meaning of Passover, which we are feeling much more literally this year than ever before.

The phrase ‘Passover is coming!’ used to elicit groans around the Jewish world from women of my mother’s generation – mainly because the responsibility for cleaning and cooking fell heavily upon their shoulders. As a child I remember three days before the festival, my mother, aunts and grandmother joined together to clean the kitchen and prepare food for the festival. Family recipes were passed from generation to generation during those special occasions. And on Seder night, the dining room was filled with energetic conversation and laughter from grandparents, uncles, aunts and cousins … and we always had enough food!

In a sign of the changing social norms, my generation adopted a more equitable sharing of the workload. Husbands take more responsibility for shopping, cleaning, cooking and for organizing the house. One man we know bakes his own matzah. Of recent, the sighs being heard came simultaneously from both partners.

But, this year we will see a different response entirely. Those who might have travelled abroad and attended a communal or hotel-arranged Seder will be at home. Large families who used to gather together are forced into isolation. Already great efforts are being made to provide DIY materials for anyone who has seldom organized their own Seder. For the elderly, especially, innovative ideas are being suggested for linking them to children and grandchildren whose physical presence they are deeply missing. This year’s sighs are the sighs of loneliness and fear.

I confess to being more than a little bit frightened. My fears include hearing about friends who’ve become ill, being concerned for the wellbeing of family, friends and colleagues around the world, and even for personal survival. I’m anxious about the economic upheaval caused by this coronavirus, and the speed of change that has taken us from being able to travel far and wide, into socially distanced queues outside grocery shops and to being locked down in our homes.

As a rabbi, in stressful times my training leads back to the Torah – and on this occasion a closer look at the Biblical experience of Passover.

After 210 years of enslavement, the Israelites suffering under Egyptian bondage, were commanded to take a lamb and seclude themselves in their homes. On the 14th day of Nisan as night began to fall, they used its blood to mark the doorposts of their homes.

Later that night, families, confined to their self-isolation, were to roast the meat and eat it with matzah and bitter herbs while dressed to leave – shoes, staff and cloak close to hand. No one could go out, nor did each household know what was happening at their neighbors’.

This night, called Leil Shimurim (Night of Watchfulness) when God watched over our ancestors, became a part of our calendar to be told and retold throughout the millennia.

The Torah doesn’t describe how each Israelite family felt that night. But we can imagine that as they heard wailing outside, they may have experienced some trepidation, just as we may currently be feeling.

What makes this experience profound is that the following morning, at dawn the entire slave population were redeemed. The Israelites were set free leaving Egypt as a newly emerging nation.

This Passover will be an exceptional year and will be surely one that is remembered by our children and for decades to come.

In each and every generation, we are obliged to view ourselves as having been redeemed from Egypt. This year we have a unique opportunity to do so.

Undoubtedly we will emerge from this pandemic. The question to begin thinking about now is, how, in the weeks or months ahead, will we celebrate our redemption.

May you have a meaningful Passover and keep well.

Rabbi Jeff Berger is Interfaith Advisor for Mitzvah Day and can be contacted at jeff@mitvahday.org.uk.