With your help we can support the communities in Belarus!

Clear out  your cupboards and show support to the communities in Belarus. This is a great way to recycle and reuse items that otherwise may have gone to landfill!

The Together Plan’s UK office can be found in Bushey, Hertfordshire and its Belarus office in Minsk. In the UK there is a large task force of volunteers working in the office, running the Aid Together programme. We collect, sort and send much needed items and resources to the Belarus communities in need.

This is a totally volunteer-driven project which encourages volunteering in Belarus as well as in the UK. We teach community members how to take on more roles within their community so that they can run the distribution at their end. This ensures all those who qualify to receive aid, do so in a fair and dignified manner.

We are currently looking for the following items:

*Why not run a craft project and make and send us a unique piece of Judaica such as a Challah cover or Mezuzah case?

Why we need your help….

Belarus is a country in eastern Europe, located between Poland to the west and Russia to the east.

Belarus is a young country, which became independent of the Soviet Union as recently as 1991. During the seventy years of Soviet rule, the state exercised total control over, and intrusion into, every aspect of an individual’s life. The authorities applied divide-and-rule tactics. They encouraged people to report each other for crimes (real and invented), leading to widespread mistrust and the destruction of community life.

Before the Soviet era, Jews in the Russian Empire were required to live in the so-called Pale of Settlement (modern Belarus, Ukraine and the Baltic states), and they constituted about one quarter of the population of Belarus. After the invasion of the USSR by Nazi Germany in 1941, Belarus became the front line and its Jewish population was all but wiped out. The Minsk Ghetto, notorious throughout Europe for its inhuman living conditions, was destroyed and its inhabitants murdered, while death camps in Belarus became the testing grounds for Zyklon-B, the toxic gas used widely to exterminate Jews across Europe. The few survivors – some of whom had escaped to Jewish partisan brigades in the forests of Northern Belarus – continued to suffer after the war due to discrimination and the prohibition by law of religious (including Jewish) practice.

Belarus was badly affected by the explosion of the Chernobyl nuclear plant in 1986. Large areas of land were contaminated, and their populations continue to suffer from illnesses and disabilities caused by radiation exposure. 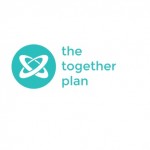