Reflections on Ramadan and Interfaith Iftars by Rabbi Jeff Berger 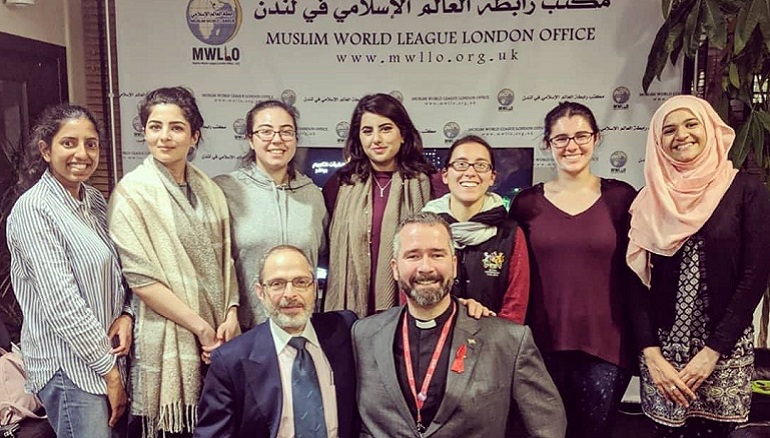 Now here’s a little bit of astronomy for you. A solar calendar has 365 1/4 days, the lunar one is roughly 354 1/3 days. While the Jewish calendar is solar-lunar in composure and adjusts so that Passover always falls during the spring, the Muslim one is only lunar. Thus, each year the start of Ramadan shifts by 11 days. Muslims over 18 years old will remember fasting in the middle of the English winter when dawn is close to 8:00am and sunset occurs around 4:00pm. Muslims also have a way of adjusting the time for breaking-the-fast in areas closer to the polar caps where sunset is delayed for long periods.

Occurring in the ninth month of the Islamic calendar and involving fasting (sawm) from pre-dawn to dusk as well as much prayer and reflection, the month of Ramadan marks the first revelation of the Quran to the Prophet Mohammed (pbuh).

For the devout, it offers an opportunity to read through Islamic Scripture, leading to a sense of spiritual purification. Muslims are encouraged to increase their financial giving (zakat), and all good deeds (taqwa) are amplified many times over.

Children above puberty are expected to fast during the month of Ramadan. Men and women refrain from marital relations. There are fasting exemptions for pregnant and nursing women as well as for the sick or the elderly. The fast ends each day with a meal known as Iftar.

At Mitzvah Day, most of our staff were invited to join an Iftar at least once last month. Whether it was a gathering like the one hosted by Naz Legacy in partnership with the Mayor of London, which began at St Pauls Cathedral with Bishop Sarah with the Iftar meal at Guildhall joined by Chief Rabbi Ephraim Mirvis, or more local ones, like in Gospel Oak where the community is still coming to grips with a fatal knife crime that occurred in early April, the overwhelming sense a guest receives is a deep warmth and hospitality. The hosts went to great lengths to provide kosher food for Jewish visitors and cater to all different dietary requirements, and the warmth of welcome and embrace overflowed.

Iftars are a bit like the New Year count down. People begin gathering an hour or so before the fast goes out, to either help set up the room or to hear speeches from the local Imam or community leaders explaining the aims of Ramadan and some of the tenets of Islam. More than once, unsuspecting non-Muslim guests were caught off guard when a microphone was handed to them with the request to say a few words.

And then, as the Muezzin calls out the end of the fast, you can hear bottles uncapped and the sound of water pouring into glasses, followed closely by the offering of a very sweet dried date. The rest of the evening progresses rather quickly as there is only a short while to have the first bites of food before it’s time for the night prayers. The main meal follows thereafter.

Beyond the incredible and seemingly effortless hospitality from those who have been without food or liquid for 18 hours day-in and day-out throughout Ramadan, is that sense of holiness that comes from religious fasting. Over the past few years it has become commonplace for government offices, synagogues and churches to host Iftars for their Muslim neighbours – as a way to reach out, to build bridges and to improve social cohesion.

From a Jewish perspective, one couldn’t help but notice remarkable similarities. In Hebrew the word for Fasting is Tsom compared to the Arabic Sawm. Muslims have a tradition during the last 10 days of Ramadan to increase their reading of the Quran in the Mosque. Because it’s not known on which night (Laylat al Qadr) the revelation occurred, there’s a custom to stay awake on odd-numbered nights. Many Jews just did the same thing on Shavuot to commemorate the revelation at Sinai.

The Mitzvah Day Team would like to extend a special thanks to all those that hosted us and to all those that extended invitations, as we couldn’t attend them all. It was a pleasure and a privilege to be so warmly welcomed into so many communities this past month and we look forward to joining you for Mitzvah Day projects in November!