Shavuot – Festival of the Harvests 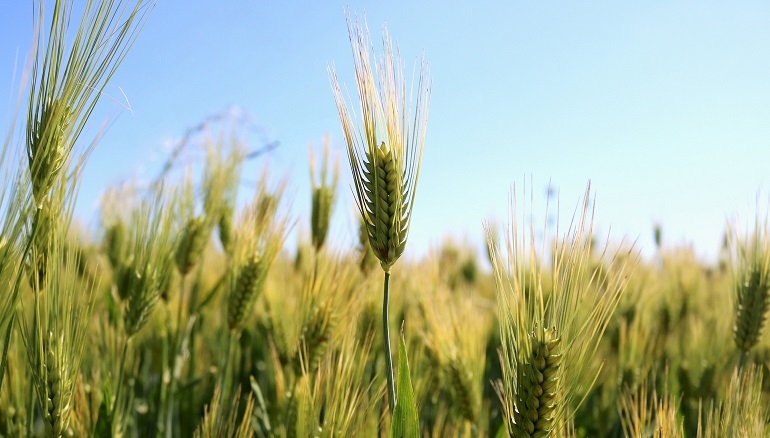 Shavuot is one of the 3 major ‘foot festivals’ in the Torah because it was a time of pilgrimage to Jerusalem. The Biblical description of Shavuot, the Feast of Weeks, marks the conclusion of the counting of the 49 days, 7 weeks of the Omer which counts the time from Passover to Shavuot, the harvest festival. There are two harvest items that were taken as offerings to the temple, the first being an offering of 2 superior loaves of bread made of the finest white flour from the new wheat crop and the second was bringing the first summer fruits.

The Talmud describes how farmers throughout the land would tie their first new buds with a ribbon and later when these matured into fruits, they would be harvested, delicately placed in a basket and taken to the Temple in gratitude to the Almighty for the land’s bountiful produce.

Not long ago on a study tour in Israel, a Christian minister was awestruck trying to imagine the animated procession of devout farmers on their ascent to the Holy City, because pilgrimage is a part of all of the Abrahamic traditions. For Muslims, hajj, pilgrimage to Mecca, bears a striking resemblance to our foot festivals and even the word chag and haj can be seen to come from the same root sources.

When the pilgrims arrived to Jerusalem with their gifts, the farmers would recite a declaration that still appears in our Passover Haggadah, a testimony to the Almighty’s kindness not just to us, but to our forefathers going back to the promise made by G-d to Abraham and his descendants.

Shavuot is also associated with the Book of Ruth because it takes place during the harvest season, and Ruth who was widowed and living with her widowed mother-in-law Naomi, extended herself in an act of selflessness and kindness by collecting grain for their household. The once wealthy Naomi who had lost her status and possessions during a prolonged stay in Moav, was left with nothing except the generosity of the local farmers, who according to the Torah laws, allocated a portion of their fields for the poor. Ruth’s good fortune was to end up in the field of Boaz, a wealthy and generous patron.

From these 2 elaborate harvest ceremonies and from the decision by the sages of old to link the Book of Ruth with Shavuot, we can learn important lessons. The first I would like to focus on is the need for those of us who have plenty, to follow the example of Boaz, to graciously share what we have with those in need.

The second message we can take is that, whether it would have been commanded in the Torah or not, we are universally and morally compelled to help look after the welfare of our fellow human beings. For those in need of compassion, or for others starting their lives over after traumatic circumstances forced them to relocate to the UK, surely we can spare something, especially a small portion of our time, to be of support to them.

This is a message especially relevant for those of us at Mitzvah Day who continually reach out to charity partners old and new, and our dedicated Mitzvah Day participants, learning about their needs and how we can support them both during Mitzvah Day and throughout the year.

Be sure to check out our available projects page and make sure you’re registered for Mitzvah Day 2019, November 17th! https://mitzvahday.org.uk/get-involved/sign-up/

Wishing you a joyous Shavuot festival,